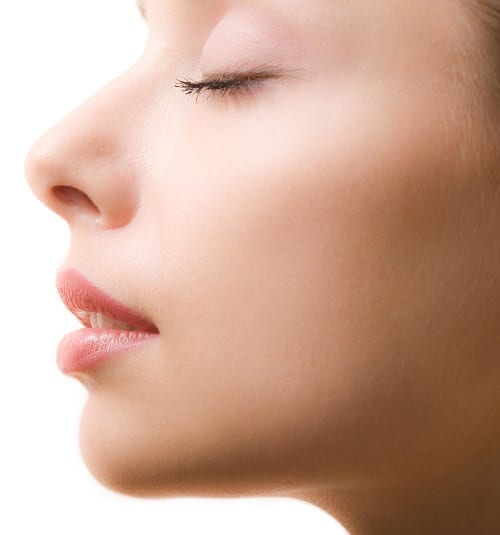 Make time for better looks by scheduling rhinoplasty.  If you have put off having surgery, take a look at your schedule and make it happen.  It may lift your spirits and make you more confident.  The nose is one of our most prominent facial features, and because of this, any defects are easily noticed. For those who are dissatisfied with their nose’s appearance, rhinoplasty is an option of treatment. Rhinoplasty is a nose reshaping surgery often referred to as a “nose job”, and it is one of the most popular surgical procedures. According to the American Society of Plastic Surgeons, rhinoplasty is the third most frequently performed procedure in the United States. Over 223,000 were performed in 2016.

It is a versatile and complex procedure that can make significant changes to the nasal aesthetics, and also improve nasal function in people who have breathing problems. The changes can be made by adding or removing bone or cartilage, grafting tissue from another part of the body, or implanting synthetic material to alter the shape of the nose.

The nose is one of the first features people notice, and nasal aesthetics have a huge impact on facial balance and the harmony between the facial features. If your nose is too small, too large or has an unnatural curve to it, it can dramatically affect your appearance. Dr. Farzad R. Nahai, a board-certified plastic surgeon at The Center for Plastic Surgery at MetroDerm, P.C. in Atlanta, GA, specializes in nose surgeries, making noses more beautiful for 15 years.

Rhinoplasty is a cosmetic procedure that is usually performed to enhance the appearance of the nose. During this procedure, the nasal cartilage and bones are modified, or tissue is added. It is also performed to repair nasal fractures and other structural problems. In these cases, the goal is to restore pre-injury appearance or to create a normal appearance.

Rhinoplasty is most often performed for cosmetic reasons. A nose that is too large, crooked, misshapen, malformed at birth, or deformed by an injury or cancer surgery can be given a more pleasing appearance. If breathing is impaired due to the form of the nose or to an injury, it can often be improved with rhinoplasty. Rhinoplasty should not be performed until the pubertal growth spurt is complete, between ages 14-15 for girls and slightly older for boys. Dr. Nahai’s teenage rhinoplasty patients are typically between the ages of 15 and 19.

Good candidates are healthy, non-smoking adults with aesthetic or functional issues of the nose. Candidates should have realistic expectations about the results of rhinoplasty, and be willing to follow all pre- and post-operative instructions. Nasal anatomy and proportions are quite varied and the final look of any rhinoplasty operation is the result of the patient’s anatomy, as well as Dr. Nahai’s skill. The quality of the skin plays a major role in the outcome of the surgery. Patients with extremely thick skin may not see a definite change in the underlying bone structure after surgery. On the other hand, thin skin provides almost no cushion to hide the most minor of bone irregularities or imperfections.

Rhinoplasty is an extremely complex and custom procedure that requires the skill of an expert rhinoplasty surgeon like Dr. Nahai. An in-person consultation is the first step in ensuring the results of the surgery are aesthetically pleasing. During the initial consultation, the goals for surgery will be discussed. And the techniques and anesthesia options will be explained. Following the consultation Dr. Nahai will craft a custom procedure that guarantees the surgery will meet the patient’s expectations.

Because rhinoplasty is a complex and custom surgery, the procedure is never performed in exactly the same way twice. Dr. Nahai takes an artistic approach to cosmetic nasal surgery and uses a variety of techniques as needed to reach the patient’s goals. Rhinoplasty is performed under general anesthesia, and takes a few hours to complete. Incisions are very small, and are made either between the nostrils externally, or inside the nostrils. Techniques that may be used during the surgery include:

Once the surgery is complete, the incisions are closed and a splint is placed on the nose to protect it for the first few days. Nasal packing is generally unnecessary.

The first day after surgery there will be some swelling of the face. Patients should stay in bed with their heads elevated for at least a day. The nose may hurt and a headache is not uncommon. Dr. Nahai can prescribe medication to control the pain and any swelling, as needed. The dressings and stitches on the nose will remain in place for about a week. The head should be kept elevated and anything that might put a strain on the nose and the incisions, including bending over, wearing glasses, blowing the nose, smiling/laughing, and vigorous tooth brushing, should be avoided.

After the first one to two weeks, normal activities can be resumed, including going back to a desk job. Bruising will fade over a few weeks, but swelling from the procedure takes longer to resolve. Initial swelling will mostly subside in the first month or two after surgery, but residual swelling can take up to a year to resolve fully and for the nose to assume it’s final shape.

Fees, in general, are quoted at the consultation visit, and if special problems exist then fees are quoted after studying the photographs and sketches prepared. In some case insurance will pay for a procedure especially if breathing issues are involved. However, cosmetic surgery is not covered by insurance.

Every patient is unique; therefore, results of treatment may vary

The rhinoplasty procedure can lead to or restore an appearance that is aesthetically pleasing. To determine whether or not you are a candidate this popular plastic surgical procedure contact The Center for Plastic Surgery at MetroDerm, P.C. The center serves patients around the metro Atlanta, GA area including Dunwoody, Sandy Springs, Roswell, and Buckhead.